The Deptford Parks Liveable Neighbourhood (DPLN) project is focused on the area surrounding Folkestone Gardens, Deptford Park and Fordham Park and is funded through the Mayor of London's "Liveable Neighbourhood" programme along with borough and external match-funding. The programme is in line with the Mayor's draft Transport Strategy, which sets out a long-term ambition to transform the Capital's transport network and deliver a fairer, greener, healthier and more prosperous city for all Londoners.

Deptford’s population is growing fast but currently suffers from significant deprivation, communities cut-off by dangerous roads and railway lines, poor air quality, and childhood obesity. We want to tackle these issues by creating safe places to walk and cycle, reducing the amount of cars on the roads as well as creating attractive places to sit and relax.

What has happened already?

The council worked with park user group Deptford Folk, cycling and walking charity Sustrans, and other local groups on a community street design project for Rolt Street and Folkestone Gardens in Spring 2017. The project culminated in a community led design for the area which reimagines Rolt Street as an extension of Folkestone Gardens providing extra space to sit and relax as well as creating a safer crossing to Woodpecker Walk. You can read more about the Rolt Street community street design project along with a video and proposals by visiting our Reimagining Rolt Street page. These proposals were then incorporated into the wider Deptford Parks Liveable Neighbourhoods project and we will be developing these proposals further as part of the feasibility study. 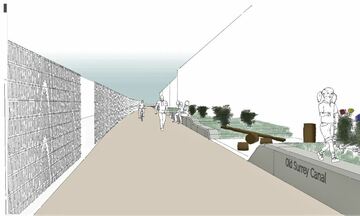