Transport has the potential to shape London, from the streets Londoners live, work and spend time on, to the Tube, rail and bus services they use every day.

By using the Healthy Streets Approach to prioritise human health and experience in planning the city, the Mayor wants to change London’s transport mix so the city works better for everyone.

Three key themes are at the heart of the strategy.

1. Healthy Streets and healthy people
Creating streets and street networks that encourage walking, cycling and public transport use will reduce car dependency and the health problems it creates.

2. A good public transport experience
Public transport is the most efficient way for people to travel over distances that are too long to walk or cycle, and a shift from private car to public transport could dramatically reduce the number of vehicles on London’s streets.

3. New homes and jobs
More people than ever want to live and work in London. Planning the city around walking, cycling and public transport use will unlock growth in new areas and ensure that London grows in a way that benefits everyone. 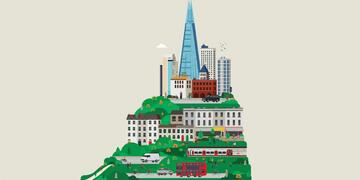